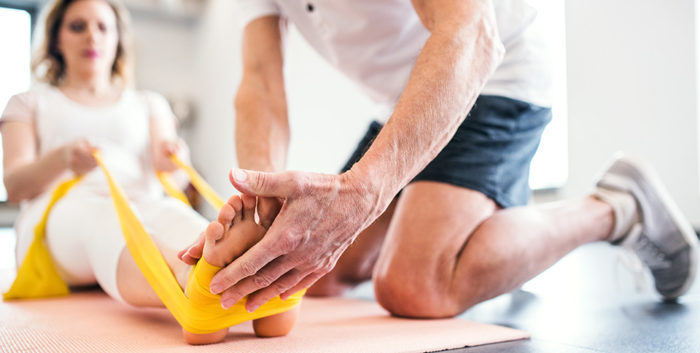 A history of the development and evolution of Biokinetics as a medical study and profession.

We understand that history lessons are boring, but to us, knowing where you came from gives you an appreciation to where you are going.

Biokinetics in South Africa has a confusing but incredibly interesting history.

It is our hope to show you the combination of events that eventually culminated in the medical study and profession that is Biokinetics and leave you with an appreciation of where we are now.

Did you know, the profession of biokinetics was derived from the South African Physical Education Programme?

In the 1920’s it was determined that South African boys were physically underdeveloped and were generally unhealthy. As a result of this 1920’s study, the South African Defence Force (SADF) founded a group named the Physical Training Brigade.

The Physical Training Brigade was a specialised, collaborative, medical and rehabilitation unit. It was their job to tackle the difficulty that was the medical and physical degradation of the boys joining the SADF to ultimately make them combat-ready.

Around this time, South African Physical Education was focused on performance enhancing exercising to improve the physical conditioning of children in South Africa due to the findings of these studies.

This focus continued until the late 1960’s where new focuses emerged to follow and discover.

It was around the time of these new focuses that the clinical rehabilitative research, based on the salutogenic effects of exercise from Strydom and Buys, planted the seed of Biokinetics as a profession.

In Potchefstroom, a module on the salutogenic effects of exercise was taught, called Kinetiotherapy (therapeutic benefits of bodily movement – “kinesis”).

Joint efforts were made in 1969 to get the Kinetiotherapy exercise therapy profession on the South African Medical and Dental Council’s register. The initial name of this new exercise-therapy profession created contention between its directors.

The name “Biokinetics” is a combination of two Greek words: “Bio” meaning life and “Kinesis” meaning movement. The literal interpretation of Biokinetics is “life through movement”.

The act of specialising in the exercise-therapy discipline of Biokinetics only became possible by the 1980’s as it was only officially recognised as a medical discipline by the South African Medical and Dental Council (SAMDC) on the 9th of September 1983.

The South African Association of Biokinetics (SAAB) was founded on the 17th of October 1987 in Potchefstroom, and the purpose of BASA is to serve its many forms of Biokineticists in South Africa.

To look back and see that this all started with just a simple study, influenced by the defence force and then for it to struggle to be recognised and accepted as a profession for approximately 20 years, gives us an appreciation for the people that got us to where we are today.

At Nico Uys Biokineticists, we cannot wait for the next 20 years – to see how we will further advance ‘life through movement’.

If you would like to know more about how we can assist in improving your life, through movement, contact us today.